Corowa Town Golf Club, as it was known, started as a 9-hole sand course where Corowa High School now stands. The first ball on the new course was played by the inaugural President, James Begg during a foursome round on 11th July 1903.

In 1904 the Town Golf Club was moved closer to the Murray River with 18-holes meandering along the river bank, under John Foord Bridge and stretching around and through Bangerang Park.

1928 new developments for the river flats were planned and the Golf Club was relocated to land adjacent to the Murray River on the Corowa Common. His Excellency, the Governor, Sir Dudley De Chair opened the 18-hole sand scrape course.

Membership grew during the years following World War II. A liquor licence was granted on 16 May 1955. Shortly after on 25 June a lease for land was granted which remains the current site of the Corowa Golf Club.

1956 grass greens were planted with watering systems for tees and greens. 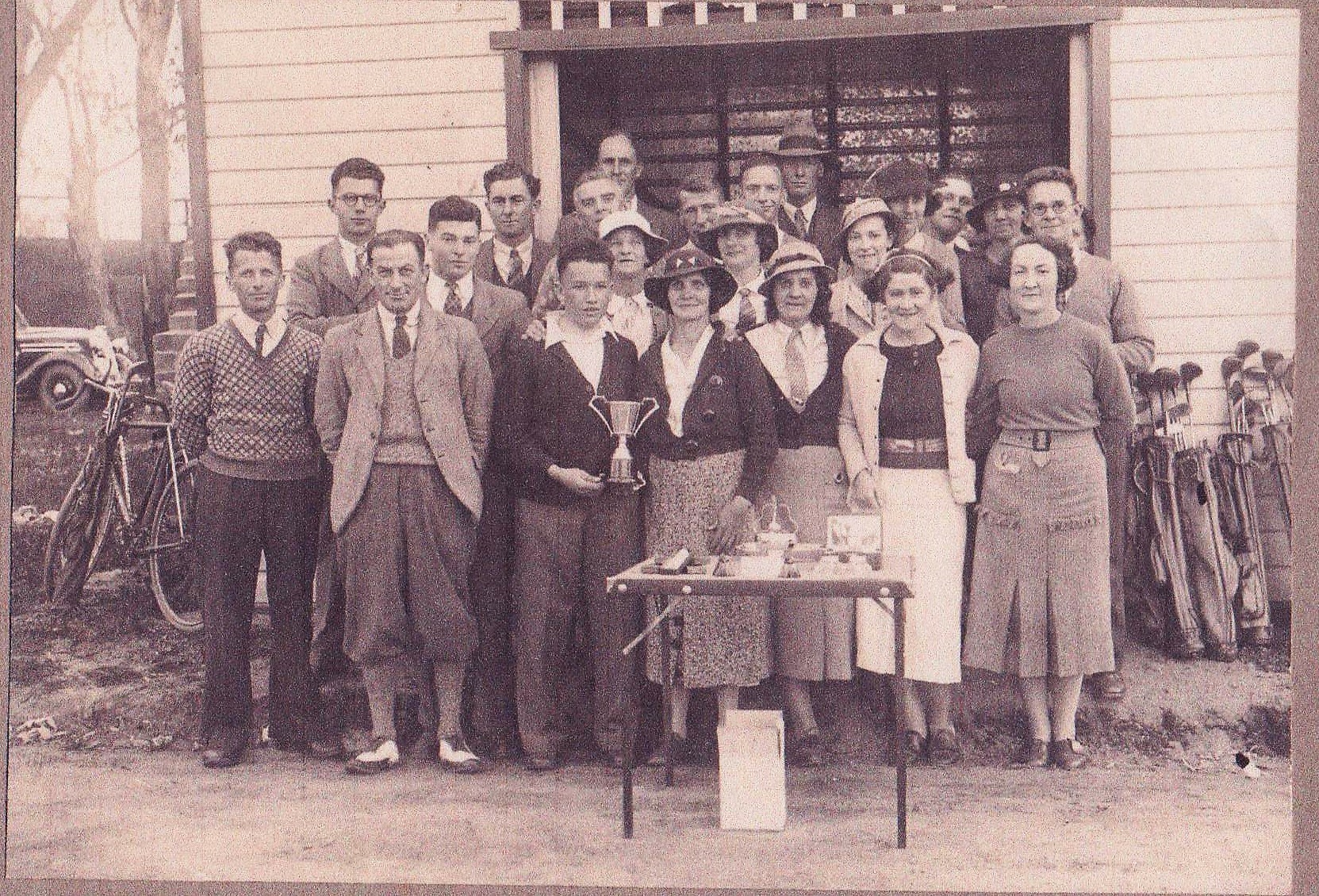 Corowa’s Life Member, Terry Kennedy being presented with one of his many golfing trophies.

1966 fairway watering systems were completed and on 2 March 1969 the clubhouse was opened by L R Graham, President NSW Golf Association.

Between 1973 and 1977 automatic watering systems were added to fairways, drainage installed, the Pro Shop opened, and clubhouse extensions undertaken.

1979 work commenced on the new “top nine” which opened for play on 28 September 1980. A sporting complex followed and was opened by The Hon K G Booth, MLA on 22 August 1982. Expansion continued with a 35-room motel built and manager’s residence opened in 1992. Play and stay became a reality.

In 2002 a young Marcus Fraser won the World Amateur Championship. Marcus continued his golfing success on the world stage. As a member of the golf team he represented Australia at the 2016 Rio Olympics.

Most recent addition was a 58-seat boutique cinema as a result of the Club’s successful application for funding from the Federal Government via the Stronger Communities Grants in relation to the Council Merger.

The luxury Federation Cinema was officially opened on 3 October 2018.